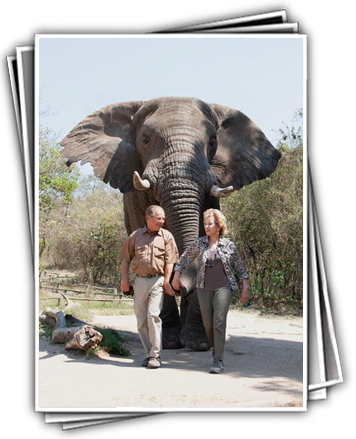 We are long overdue for a newsletter update! You probably realize by now that Doug is a lover of elephants. With the virus pandemic, the slowdown of normal operations has allowed him to work on some personal projects that have been on the back burner. He is back working on the large life-size elephant that is 13 feet at the shoulders and a life-size baby elephant. 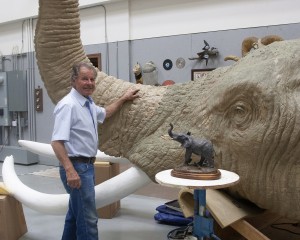 Recently Doug has produced some mini sculptures of elephants, a baby elephant “Mtoto” (which means baby or child in Swahili), and a mini African Bull Elephant reminiscent of an elephant we named “Little Big Guy” who resides in the Ngorongoro Crater in Tanzania.  To see these recent elephant sculptures and more, click here. 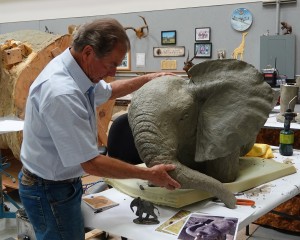 The popular larger maquette Tembo II elephant sculpture was created to use as a point-up model for the large elephant monument. Then it was left smooth and finished with a patina made to look like stone with polished bronze tusks. In the process of being cast right now as well is a new smaller smooth elephant sculpture that will also be finished with a stone-like patina. This new addition to the gallery will be named Bwana Tembo. Watch for news of its availability on our Facebook page as well as here on the website. 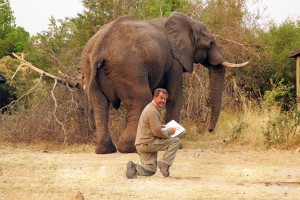 Doug has taken every opportunity over the last 50 plus years to study many of the famous large elephants.  He was first excited to go to the Marsabit Forest to find Ahmed of northern Kenya back in the late 1960s and spend time with him before he died in 1974.  A world movement to protect Ahmed led to him being declared a national monument in Kenya by Jomo Kenyatta who was then president.  Ahmed was known for his distinctive round shape and huge long tusks that after he died proved to be around 150 pounds each.  He is mounted in the National Museum in Nairobi, Kenya.  In 1974 Doug created a sculpture of Ahmed walking out into Lake Paradise.  Since then, Doug has studied elephants wherever he goes in Africa.  For over 20 years we have gone to Tanzania with Nigel Kingsley-Heath, and his father John before him, and watched and photographed the largest living elephant in the Ngorongoro Crater.  “Big Guy”, as we named him, disappeared a few years ago, but in 2013 we found another smaller large elephant with huge tusks in the Crater. We named him “Little Big Guy”. We were just there in March 2020, and were able to watch and photograph him with several other large bulls.  The Crater has 24/7 satellite surveillance in order to protect its inhabitants from poaching, especially the black rhinos and large elephants.  It is geographically situated such that it is a natural sanctuary and some of the greatest beasts still living on this earth have a chance to live a somewhat protected life. 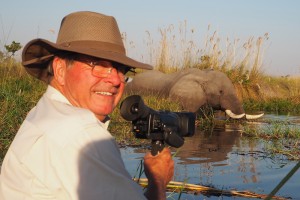 In 2018, after a wonderful trip photographing elephants with Nigel in the Okavango Delta in Botswana and at the Chobe River on the northern border, we were treated to an elephant research trip in South Africa. Hans DeKlerk took us through Kruger Park to see some of the last large elephants there. We went to the Oliphant Museum where they have beautiful displays of the famous largest elephants that have come from Kruger Park over the past years along with their histories. Hans topped that off by taking us to an elephant sanctuary outside the park in Hazyview where we spent time with one of their two rescue elephants, Kasper. He appeared on our Christmas card in 2018 in a photo of us taking him for a walk as he gently held our fingers with the end of his trunk.  Doug also fulfilled a dream he has always had of riding an African elephant when he was able to ride Kasper.  African elephants normally cannot be trained like the Asian elephants, but these two rescue elephants, Kasper and Kitso, have been together and handled at this sanctuary for several years. After an in-depth orientation on how to behave around them, we were allowed to feel Kasper’s prickly leathery skin, stand under his head between his trunk and his front legs, feel his feet and his tail, and hug his trunk. All of this experience proved to be the best possible research and very important to Doug for creating his monument elephant sculpture. Kasper then decided to give both of us kiss by suctioning us on the tops of our heads with his trunk.  He was a great elephant, and we loved knowing him. 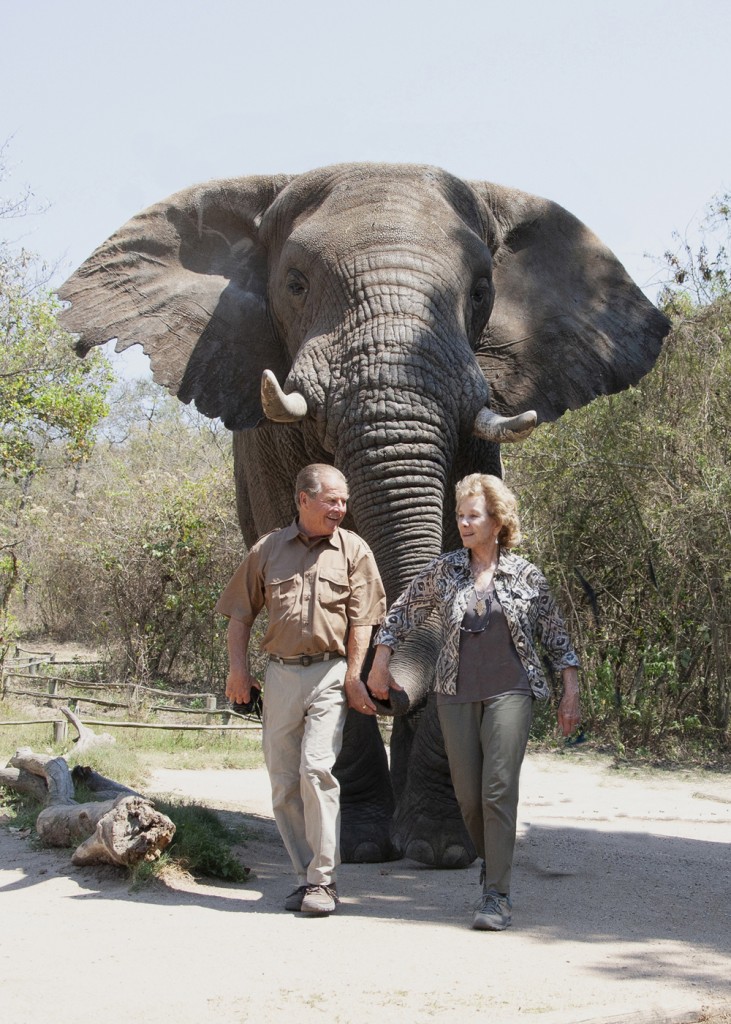